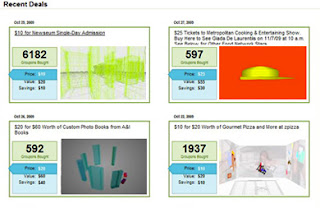 Whit this idea, Ideasonair proposes to set-up a mobile APP: “Outlet for the digital art”, where artists can submit to sale their digital artworks. Every day, the app will select the best artwork at the best price, related to the area where you reside.
Posted by Chiara at 15:44
Email ThisBlogThis!Share to TwitterShare to FacebookShare to Pinterest

Ideasonair.net-Blogging as an open art project

Ideasonair.net is a web based project that serves digital artists. The site promotes artistic ideas created by me in various fields, especially for digital art. Therefore: “Dear artists, poets,architects, designers, critics, curators and ‘lovers of the trade’, if you are short of ideas this is the site for you!” Here, the ideas from ‘Hyperuranium’ have landed and found a place or better a virtual factory. Ideasonair.net creates for you a lot of different ideas ready to be developed. Ideasonair has a particular theory about ideas and how we perceive them: “ideas are in the air and the earth is spinning around connecting with these ideas at various places. So an identical idea could land or be had in New York and Rome at the same time”. This site could be considered somewhat like entropy. It puts in order and gives shapes to ideas. This online factory is continually updated to always give artists new ideas.
Ideas appear in the site in three different stages. The first stage is purely preliminary and the idea is just a clue in their primordial state, maybe not yet able to be developed. The second stage we can call (as Freud would call it) the ‘daydream’ stage. This is the stage in which the various elements that constitute an idea come in contact and come to realization. The third stage deals with the complete idea ready to be developed. The three stages are marked on title by their respective colours: red when the idea is in the
initial stage, orange when it is in the ‘daydream’ stage and green when it is ready to work.
Finally artist doesn't need to fight for any ‘copyright’, ‘copyleft’, ‘copydown’ !!!
Ideasonair is a conceptual artwork in progress that puts in evidence the concept of ‘open artwork’ giving ideas and waits for their realization. Moral of the fable: The ideas are the artwork and they can be transmitted… just like the thought!

Add to the mobile home: www.ideasonair.net/iphone/

Download the ideasonair rss widget for the osx dashboard

ideasonair by Chiara Passa is licensed under a Creative Commons Attribuzione - Non commerciale 3.0 Unported License.
Based on a work at www.ideasonair.net.